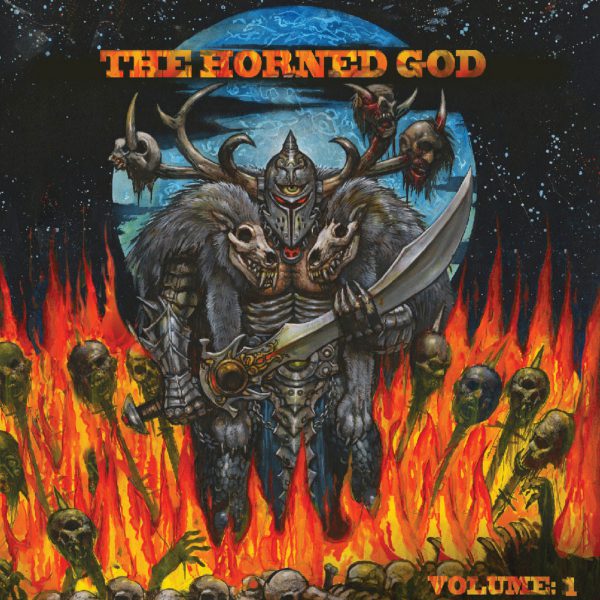 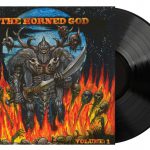 The Horned God is a Stoner Metal band, based on the comic book masterpiece by Pat Mills, and Simon Bisley, Slaine: The Horned God. Available on Black Vinyl.

The Horned God is a Stoner Metal band, based on the comic book masterpiece by Pat Mills, and Simon Bisley, Slaine: The Horned God.

Comic book writer Pat Mills brought the character of Slaine mac Roth, a Celtic barbarian warrior king who along with his axe Brainbiter and his ability to warp spasm in order to defend his people against the dark druid Slough Feg, to life in 1983 in his graphic novel series titled Slaine. In 1989 Pat Mills collaborated with illustrator Simon Bisley and published the three book series Slaine: The Horned God. In this series Slaine goes on a quest to collect four artifacts that once united will enable him to become high king and lead his people into battle in the hopes of saving them from Slough Feg and his army.

In 2012 the next adaptation of the story began in Albuquerque New Mexico when three friends took their love of the story and combined it with their passion of music and created the three piece cosplay stoner rock or as they call it, “Ancient Celtic inspired stoner rock, legends and lore, of love and war!!!”, musical interruption appropriately named, The Horned God.

The Horned God consist of three members, Dominic on vocals and guitar, Robson on bass and Tim on drums. This one of a kind dynamic three piece bring the story of Slaine to life with lyrical dialog and narratives ripped from the pages of the book accompanied by full costume and projected comic book cells throughout the entire performance.

The Horned God has harvested the souls of countless unknowing humans and sacrificed them to the dark gods of Cythrawl. They will continue to harvest souls on their quest to make music for the sake of making music and to have fun while expressing their selves musically. They would like to play some regional comic conventions and then ultimately play larger conventions, especially the San Diego comic convention.

The Horned God attribute their musical influences to bands such as Kyuss, Fu Manchu, Dozer, Mark Lanegan and a little touch of Nomeansno. You can hear these influences in their music as well as classic rock gods in their own right, Black Sabbath.

The Horned God is three seasoned, talented musicians who just want to make amazing music and have fun doing it. They bring to the local scene not just a show but an experience unlike all others with the musical talent to back it.

The saga continues for Slaine and The Horned God!