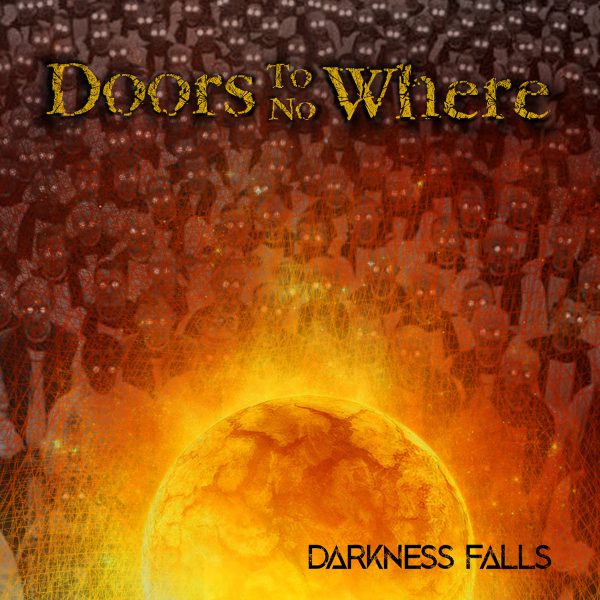 Doors To No Where ‘Darkness Falls’ CD

“Darkness Falls” is the fourth studio album from Doors To No Where, a trio from Santa Cruz, California, for fans of Fu Manchu and Kyuss, but mixed with classic Grunge.

“Darkness Falls” is the fourth studio album from Doors To No Where, a trio from Santa Cruz, California.

For fans of Fu Manchu and Kyuss, but mixed with classic Grunge such as Alice In Chains and Nirvana. A little bit of Black Sabbath. But something very unique and totally California.

Featuring Marc Lewis (Guitars/Vocals), Pete Testorff (Drums) and Marc Prefontaine (Bass). Doors To No Where have been making music since 2010. Their sound is heavily influenced by Santa Cruz and the local beauty it offers along with the rich history of music. Doors To No Where have been called a stoner rock band but also touch on elements of punk, doom, metal and even grunge.

Growing up on a skateboard and surfing has played a huge part on the influences of the sounds Doors To No Where like to include.

The band has toured in and been honored to share the stage with bands like, Mondo Generator, Fatso Jetson, Fu Manchu, The Melvins and many more.

Doors To No Where will be releasing “Darkness Falls” via Desert Records on May 21st 2021. The fourth studio album features eight tracks and a special guest appearance from Bob Balch (Fu Manchu). Staying true to their roots, “Darkness Falls” is a combination of desert rock and punk influences. The band tracked and recorded the album in the unusual quarantine times of Covid-19.

“Doors To No Where take the lethal cocktail of hardcore punk, desert rock and metal and turn it into a sound all of their own, while injecting their own life experiences with ferocious energy and passion.” – URBER ROCK