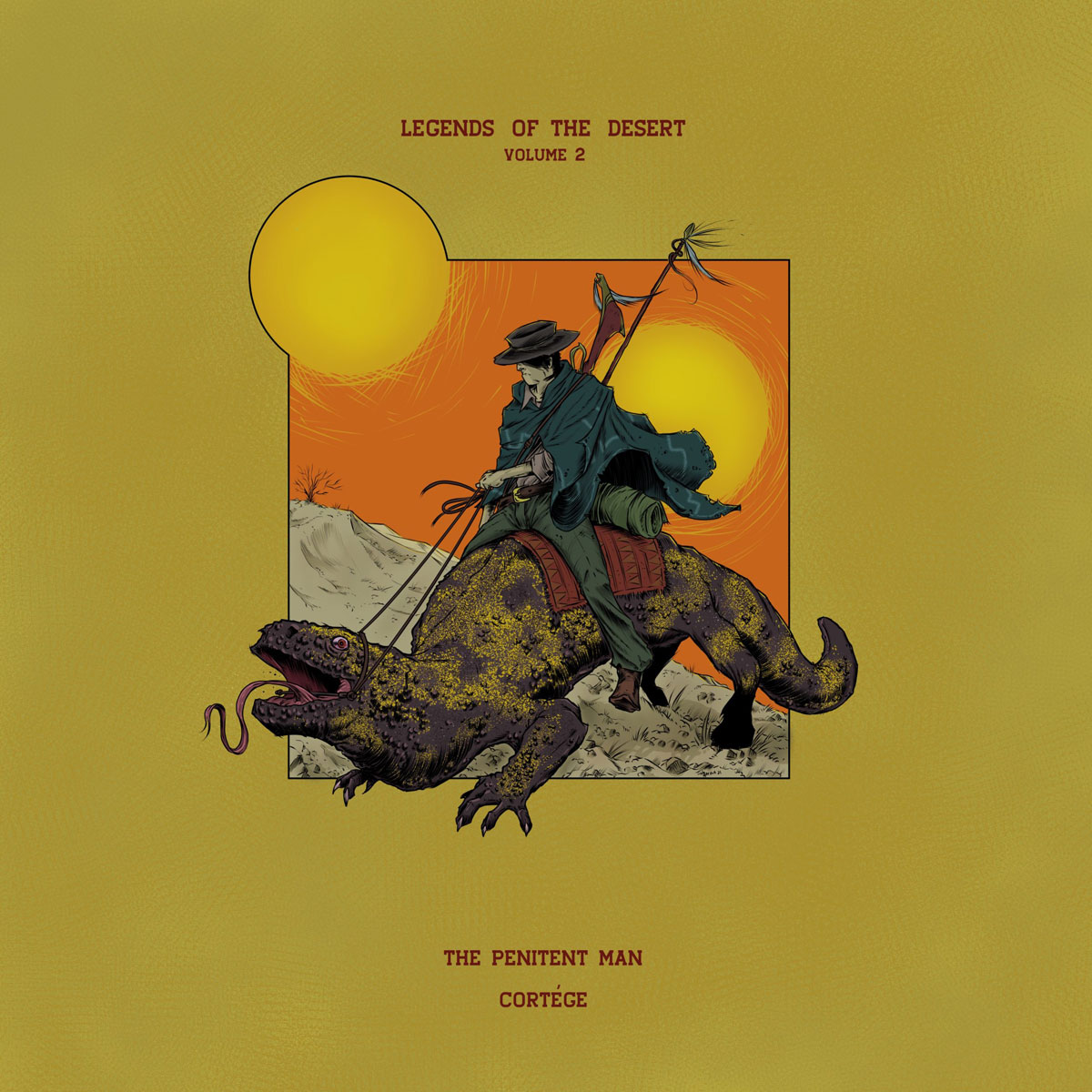 LEGENDS OF THE DESERT: Volume 2 featuring The Penitent Man & Cortége

This series highlights two bands per album that are geographically located in the American Southwest AND have a unique musical sound: Desert Rock. This series is the flagship of Desert Records compilations. Following the excitement and popularity of Vol. 1 featuring Palehorse/Palerider & Lord Buffalo, the second installment delves further into the dark and mysterious deserts of the SW.

Side A: THE PENITENT MAN is a 5-piece from Salt Lake City. Blending Desert Rock, Classic Rock, Heavy Blues. These exclusive songs featuring the special guest, Todd Ögren of RIVAL SONS on keyboard for all three tracks! Sounds like Led Zeppelin teamed up with Alice in Chains to make an album in the desert.

Side B: CORTÉGE is a duo from Austin, TX. They play Ambient Doom mixed with post-western cinematic scores. Heavy bass guitar, drums, and tubular bells. Sounds like if Earth and Pink Floyd teamed up to do a soundtrack to a David Lynch film.

Maintaining the quality and consistency throughout the 7-part series, we will see the return of the Legends team. New & stunning album artwork by the series artist, Joshua Mathis, features an album cover with a Gunslinger riding a Gila Monster.

The album is available on LP, CD, 12×12 prints and digital downloads on Bandcamp: https://desertrecords.bandcamp.com/album/legends-of-the-desert-volume-2-the-penitent-man-cort-ge and here at www.desertrecords.us

The album is streaming on all major platforms worldwide.

Journey further into the desert…. 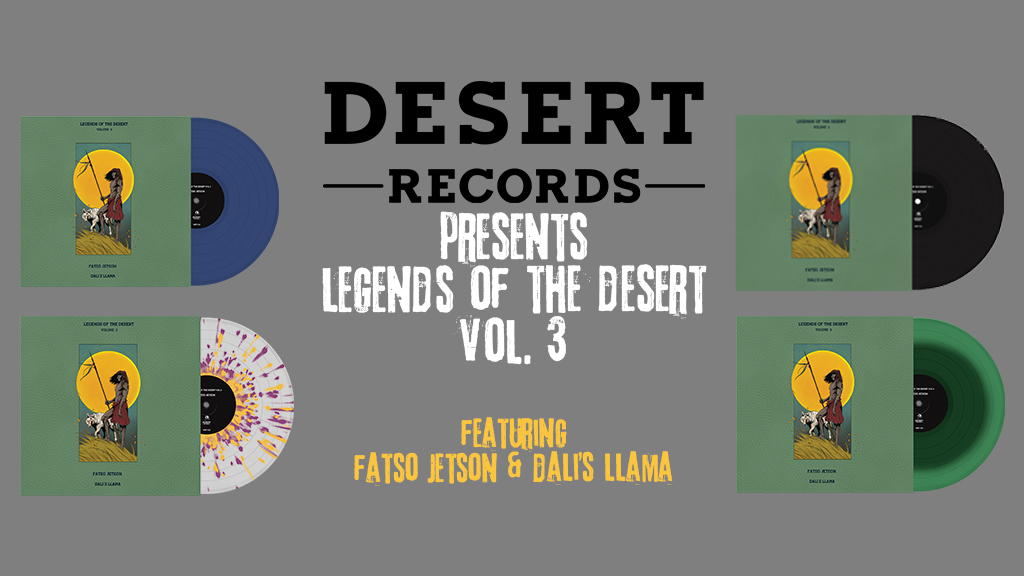 Legends of the Desert Vol. 3 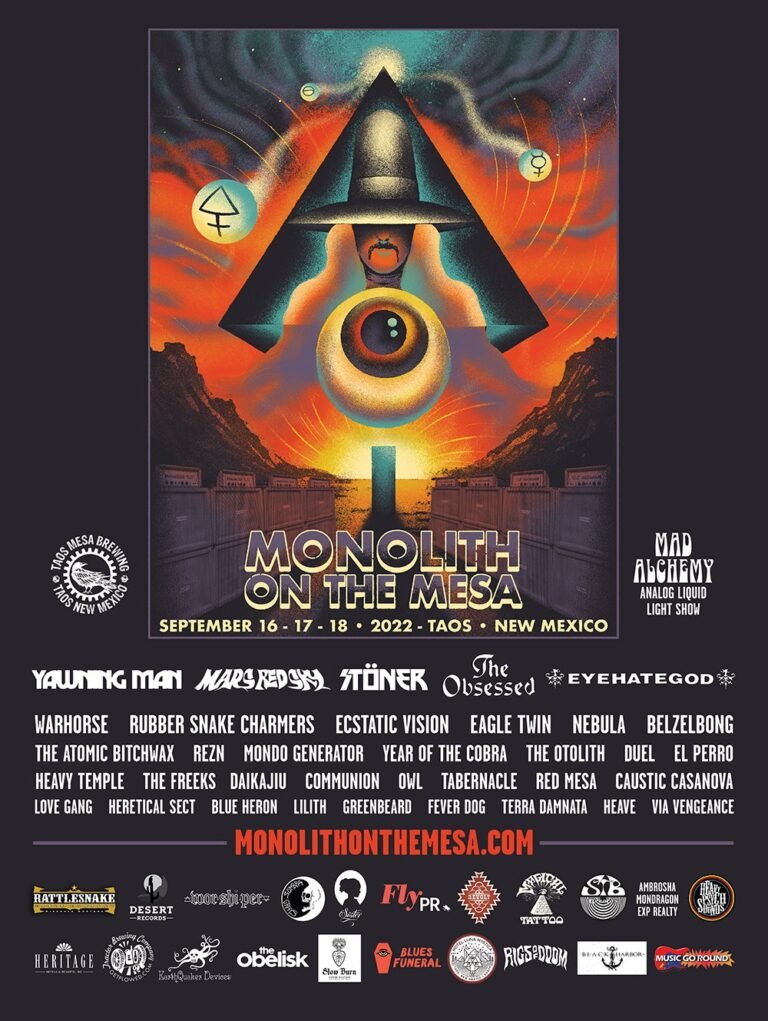 The Monolith on the Mesa Festival returns to Taos Mesa Brewing! 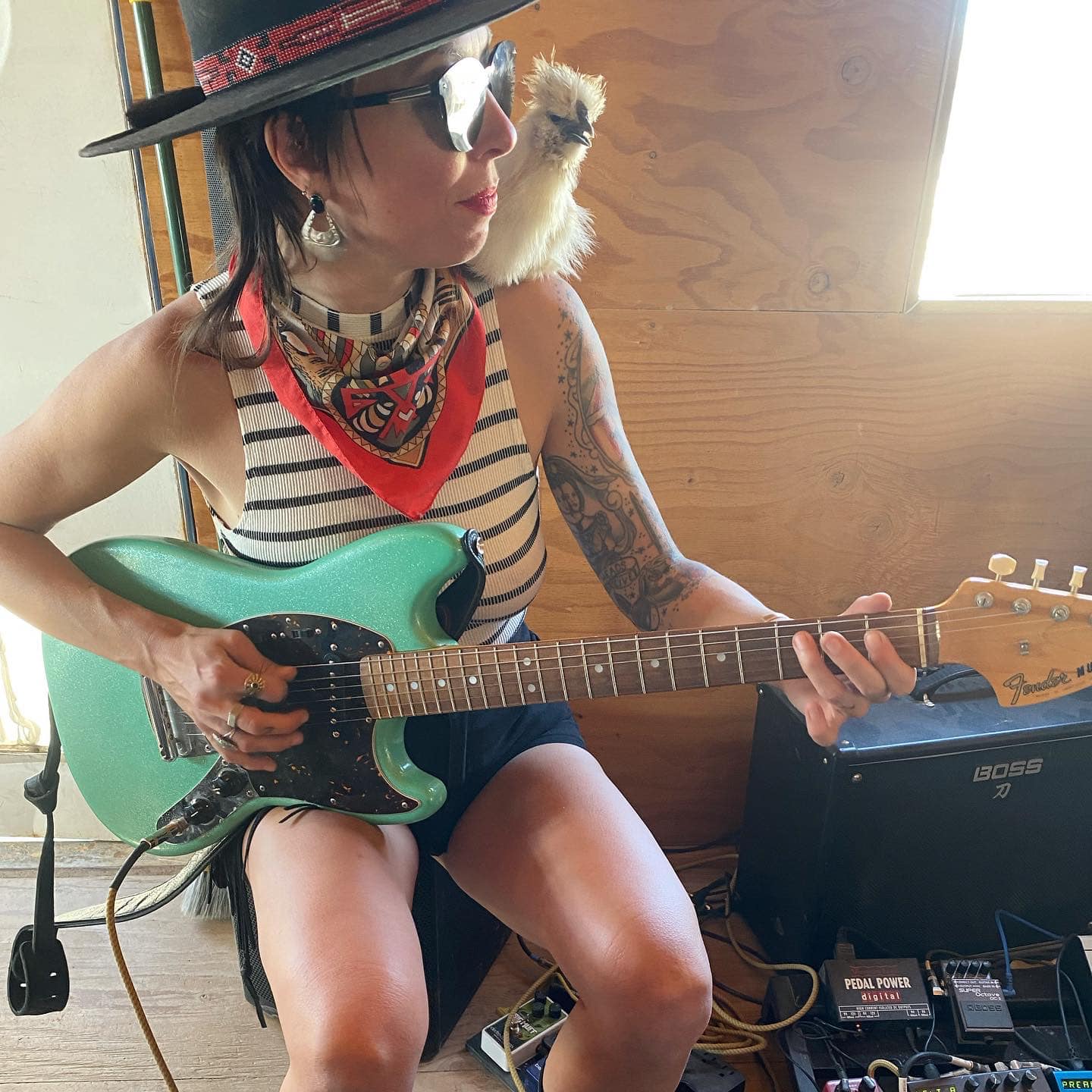