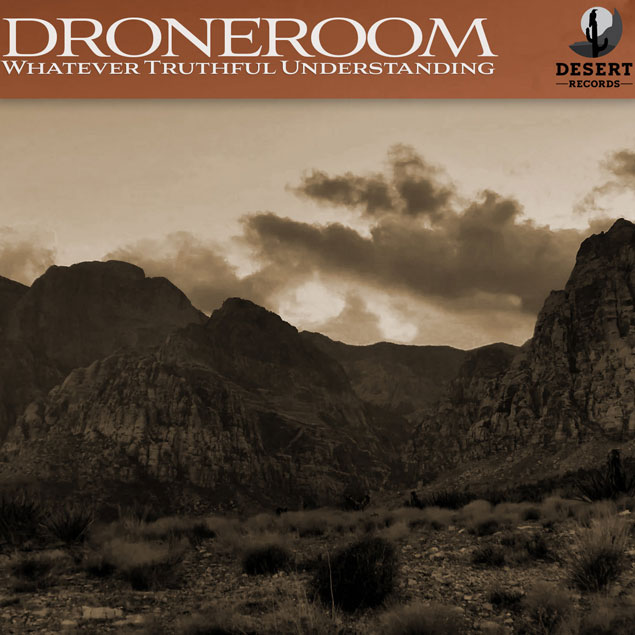 1. God Does Not Help Those Who Are Invisible
2. Just One More Thing
3. Mojave Pastoral
4. We Are the Creatures This Desert Makes Us
5. Beyond the Horse Gate

Droneroom is the nom de strum of Blake Edward Conley, a certified Kentucky Colonel and the self-professed ‘Cowboy of Drone’. Conley has demonstrated his ability to drift, twang, and sear over the course of numerous releases (including …The Other Doesn’t, Neon Depression, and Negative Libra), but on his new album, he does something he has never done before. While prior droneroom releases have predominantly featured the stinging bite of his telecaster and the occasional wash of lapsteel, Conley finally succumbs to the lure of having the acoustic be at the forefront.

Recorded by Conley at Here There Are No Answers in Las Vegas and mastered by Jason Lamoreaux in Shepherdsville KY, this is hardly droneroom ‘Unplugged’. Conley allows the naturalistic chime of the instrument to be warped by beds of drones, his walls of effect pedals, and unexpected field recordings to create an atmosphere that feels both out of and deeply embedded in the world.