Legends Of The Desert: Volume 1 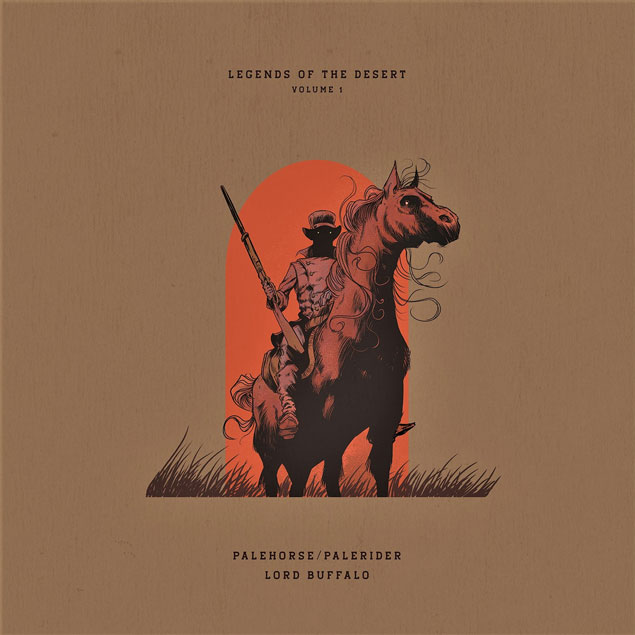 Desert Records is excited to announce a new compilation series called “Legends of the Desert”. The series kicks off on August 21st with the release featuring the split with Lord Buffalo (Austin, TX) and Palehorse/Palerider (Denver, CO).

Palehorse/Palerider could probably best categorized as ‘Doomgaze’; combining the styles and sensibilities common to shoegaze, but with a somewhat darker overall sound and message. The band is comprised of Brandon Richier (Guitar and Vocals), David Atkinson (Bass Guitar), Nathan Marcy (Drums).

Lord Buffalo is a mud-folk band from Austin, TX. They make music together under cover of darkness. Their songs are bricks with which to build a house slowly. They will not be rushed. They will not be quiet. They are the trees clapping, the rocks crying out, the whistle in your snore. The band is comprised of D.J. Pruitt, G.J. Hellman, P.J. Patterson, and Yamal Said.

Spanning seven albums total over the course of two years, the series will include legendary Desert Rock bands (to be announced) mixed in with new and upcoming bands.

The artist for the series is Joshua Mathus (Phoenix, AZ) , the creator of the comic Sherbet Lock and stunning album covers for bands over the years.

The albums will be released on limited edition 12″ Vinyl LP, deluxe CD, and on all digital platforms worldwide via Desert Records.