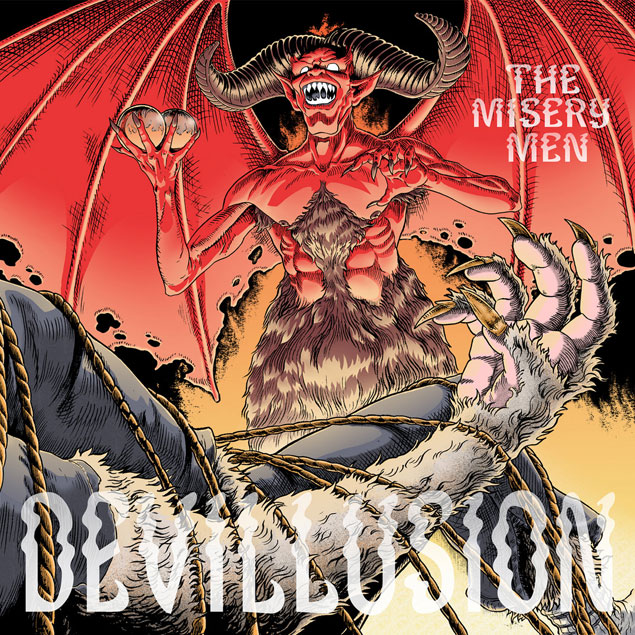 I had asked Chris Newman to collaborate on something, maybe lay down a solo or harmonize on a song or write something together, and at first he was very interested and excited once he recovered from surgery. Unfortunately his health took a turn for the worse and Chris passed May 5th 2021. So Rob and I decided we needed to honor him and record a couple songs. We contacted Sam Henry (Napalm Beach, The Wipers, Jenny Don’t and the Spurs) to play drums and it just made sense to have Kelly Halliburton (Dead Moon, Pierced Arrows, Jenny Don’t and the Spurs) to play bass. We also recruited Jeffrey Larson (Lucky 13’s, Misfortunes of Mr Teal) to play rhythm guitar along with Rob Wrong on lead, plus me just on vocals. We recorded Cat With Nine Lives by Napalm Beach and The Reaper by Snow Bud and the Flower People. Both songs were Chris Newman songs, that turned out pretty damn good! Hell we didn’t even practice together before we recorded.

Devillusion was also mastered by TAD, not to mention inspired by him as well. I originally wanted to call the album Devil’s Balls, but after watching the TAD documentary and the scene where he showed his mom the album and she said something like, “Tad you’re smiling…Tad God’s Balls? But Tad you have such a great smile.” Nevertheless, we have a song called Devil’s Balls and Werewolf that we’re most definitely influenced by some Tad. I’m forever grateful for his existence.“ – Corey Lewis, The Misery Men