Angels Are Weeping​… God Has Abandoned​… 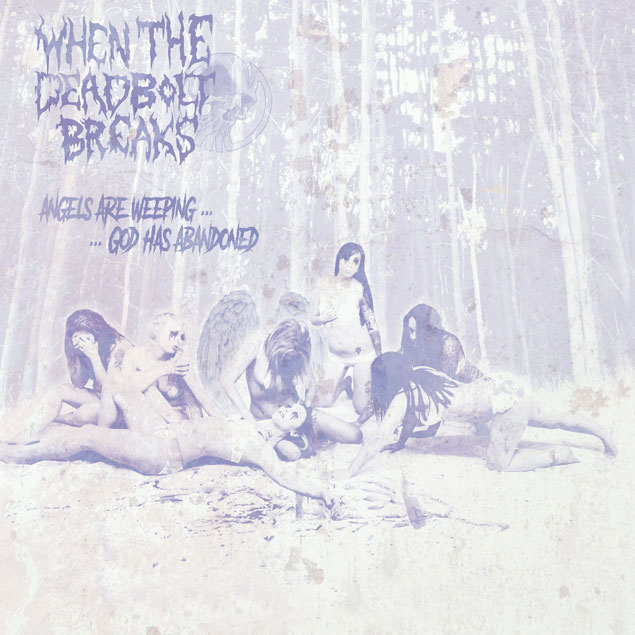 For more than a decade, When the Deadbolt Breaks have carved a niche for themselves within the interplay of extreme genres. They are no less at home in grind than they are in pummeling sludge or ambient soundscaping, casting forth triumphant riffs or proffering murder-dirge nods at a volume level that can only be considered violent. Led by guitarist/vocalist Aaron Lewis, their four to-date full-lengths read as a chronicle of threat that even unto the Connecticut-based outfit’s moniker tells of some lurking danger in the dark. Whether spanning a massive sprawl on 2016’s 2CD, Drifting Towards the Edge of the Earth, or casting a grim psychedelia on album number four, Angels are Weeping… God Has Abandoned…, When the Deadbolt Breaks are immediately recognizable in style and malice, and they continue to push forward into a filth and emotional disaffection of their own making.

Joined on Angels are Weeping… God Has Abandoned… by bassist/backing vocalist Mike Parkyn and drummer Randall Dumas, Lewis brings the three-piece through a cacophony of wretched cinematography. In the dug-in growls of “Sky Will Fall” or the victorious push of “Bloodborn,” Deadbolt make their home in a bleak, murky space that is as much atmosphere as it is impact. In the stretches of “Floyd’s Machine” or the deranged epilogue of closer “Color the Sun,” they expand on the scope set out at the beginning of the record on “Centering Through Isolation,” and the question isn’t so much how are you going to listen, but whether or not your turntable is going to survive the vibrating low end when you do.

As the latest installment of When the Deadbolt Breaks’ ongoing narrative, Angels are Weeping… God Has Abandoned… takes them to new depths and new heights, but by no means does it sound like they’re finished or relying on past laurels. Instead, expect them to keep growing and changing, because like that threat somewhere out in the woods at night, their shape is only ever what serves to terrify most at the moment.